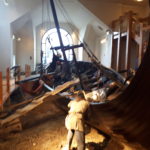 “What have the Romans ever done for us?”.  The Isle of Man is the one place in Britain where the accurate answer to that question is “nothing”. The Romans never settled on the island, but the Vikings did and stayed for a very long time.  The island has a rich Viking heritage.  And there is plenty of evidence of how the Vikings continue to influence the culture and landscape of the island today from local place names and field patterns to Viking sheep with four horns.  The Tynwald – the Isle of Man parliament – gets its name and structure from the Viking parliament and claims to be the oldest continuous parliamentary body in the world. 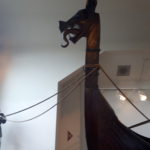 But the Viking heritage of the island isn’t well known and the opportunities for visitors to become engaged in Viking stories are limited. That’s where we come in. The Isle of Man Department of Enterprise has asked us to look at the scale and nature of the tourism growth potential of the Vikings. Could the theme attract new visitors to the Isle of Man, and if so, for what type of experiences and who might be interested? Or is developing the Viking theme all about encouraging existing visitors to stay a little longer? And importantly, what can we learn from what is happening elsewhere in Europe and how might the Isle of Man offer something distinctively different? Over the next couple of months, we’ll be looking to answer these questions and advise on what type of investments are needed to realise the potential.