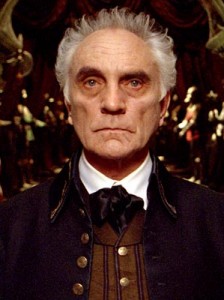 That old-time heart-throb Terence Stamp has been getting a bit of an airing lately with a retrospective season at the BFI and a swathe of media interviews. ‘Where is he now/ what the hell has been doing these past 40 years?’ – you get the drift. But it wasn’t his reflections on the transitory nature of fame that engaged me so much as his throwaway remarks about liking to travel by public transport. He buys a day travel card or hops on the bus to get around.

Made me think the world is divided into those whose hatred of travelling in the company of plebs is so visceral that they will drive anywhere, whatever the congestion or waste of productive time,cocooned in their private cell, and those aberrant souls like Stamp (and me) who actually enjoy the communality of travelling on trains, buses, yes even the tube. We enjoy watching people, overhearing bits of gossip, wondering about their lives and loves, or even falling into conversation (though not on the tube obviously).

Behind those private preferences the public policy debate is going to get hotter, with  implications for tourism and destinations. Do we go big on high speed rail? Fast lines are opening up our continent; we can be in Paris for lunch. It’s claimed that in some European destinations one in four visitors now arrives by rail. Meanwhile China  wants to connect its big cities with the European heartland. Absolutely great – until we remember the outrage and environmental fears stirred up even by the modest proposal in our own backyard  – HS2. Or do we go with driverless cars, safely pioneered by Google and others, and make public transport and railways increasingly redundant? Think of the extension of personal freedom, the ease of operation, the boon to the elderly and disabled. Fantastic – until I contemplate all the extra cars crammed onto the roads, the noise and pollution and intrusion on public space. And mostly I think of the erosion of that communal experience of travel which, believe it or not, I still rather enjoy.