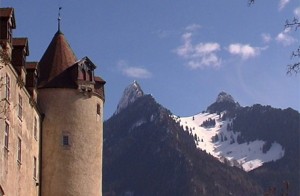 There was an interesting piece about Switzerland on the travel programme Excess Baggage this weekend, but the following exchange about the Cantons left me open-mouthed: “so they’re like American states?”, “well, they’re more like the size of counties … this one’s got 15,000 inhabitants” … “so the population of Guildford” … I paraphrase, but even so … hell’s bells – and this is the BBC!

Any way, it got me thinking again about how important population size is (or isn’t) when it comes to imagining a place. It can certainly give you a good idea of the scale of institutions, agencies and organisations. And the range of facilities and services, or

the likely frequency and quality of public transport.

But then of course you’ve got to factor in the number of visitors. Look at Stratford-upon-Avon, with only 25,000 residents – but upmarket shops, smart restaurants, and world-class culture. Or little Ludlow – population 10k but a clutch of Michelin-starred and GFG places to eat, the country’s best-known food festival, and a byword for the international ‘Slow’ movement in the UK.

So, population size isn’t the whole picture. And the 26 Swiss Cantons vary between about 15,000 and 1.3 million inhabitants – so maybe the above exchange trying to imagine the size of a typical one was doomed.

But let’s at least get the population of Guildford right. 66,000, in case you were wondering.